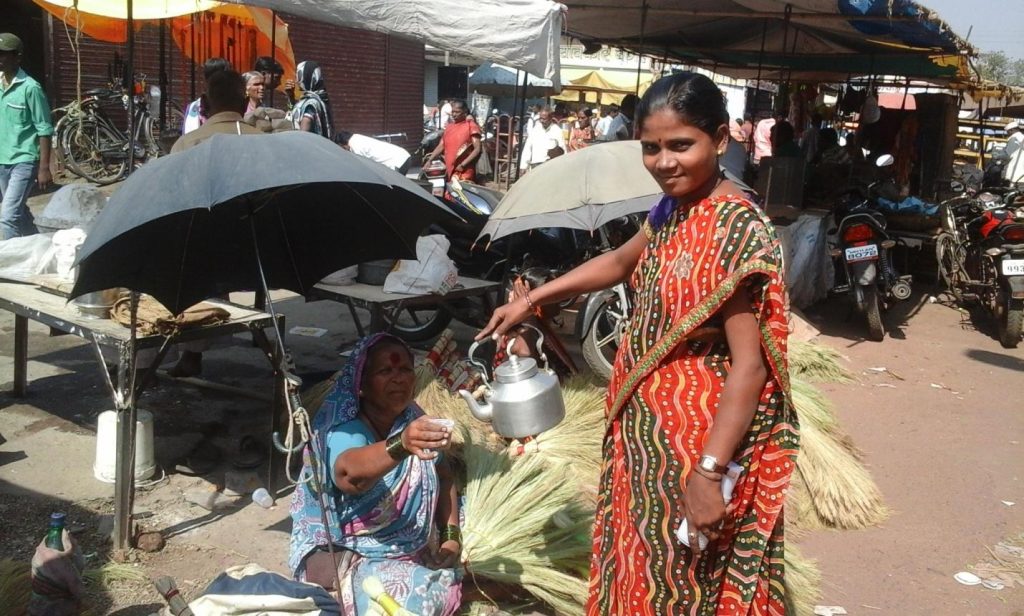 Mrs. Vanita Tangade, lost her mother when she was only three years old. Her father remarried with another woman. When Vanita was in 8th standard, her stepmother compelled her for marriage & after marriage her parents neglected her. She didn’t get rid of adversities after marriage. She realized that not only her husband but also her mother-in- law was drunkard. Now, she has four daughters. The last daughter is studying in 1 st standard.

She owned a small tea stall which is the only income source for the family & the education of her daughters. Her husband was a drunkard & expending the money daily for his addiction. In such situation the family was facing economical problems. One day, he hanged himself & made an end of his life when she begot their fourth child as a daughter. She lost his support. Now, she was the only support to her daughters. She made up her mind to fight but not to quit for her daughters. She started their tea stall again. There were awkward questions & various onlookers as a woman was conducting the tea stall. But, she didn’t mind them at all because she had to earn money for her daughters.

The tea stall was in chaotic condition. She was unable to upgrade it because of money. One day, she came in contact with Mann Deshi. She told her tragic condition to them. She lost her husband so neither finance company nor money lender was giving her loan. She desperately needed money for her business. Mann Deshi realized her condition. She informed her about the loan & its  procedure. She also helped her to prepare the loan proposal. She wishes to expand her business & to give her daughters good education to make them self reliant.

“After participating in the weekly market program, I increased my sales of milk tea from 40 cups to 70 cups. Beyond that, instead of selling tea once a day, now I operate it twice a day. As a result, my monthly income has also increased from 3,000 INR to 9,500 INR, which gives me incentives to develop new business. I am already planning to start Vada-Pav stall at market. ” – Says Vanita