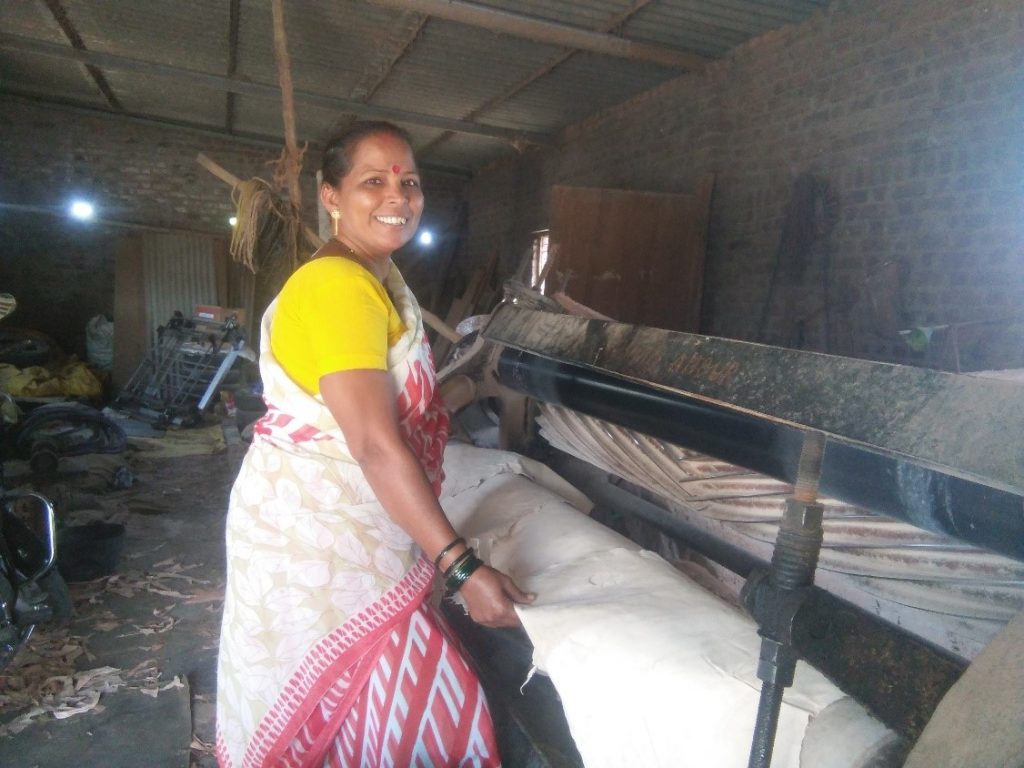 Until 2013, Vanita does not remember a single month when she and her husband were not in debt to someone. Her husband’s meager monthly earnings as a leather tanner – Rs 500 to Rs 1,000 – made it difficult to make the ends meet. Their financial situation was so bad that the Sonawanes pulled both their sons out of school and put them to work. One of their sons started working in a garage, and the other joined his father’s profession.

It was then that Vanita decided to learn the business of leather tanning; an expertise which is usually reserved for men, especially since it involved a rather complicated and chemical process. A quick learner, Vanita easily picked up the skill.

“I did not have the time to worry about whether it is a male profession or not. I had to work for my family,” she says.

The Sonawanes would get the raw material of goat’s skin from Hyderabad and work on it before sending it to Mumbai. Unfortunately, even though now there were more hands on deck, their family income didn’t increase significantly and were drained by the end of the month. They continued to be forced to borrow regularly.

The turning point came in 2012 when Vanita heard about Mann Deshi Foundation’s programmes. “I applied for a loan of Rs 10,000 and bought a large consignment of raw material from Hyderabad. This allowed her to significantly increase her profit margin, since profits are tied to bulk orders. So far, I have repaid half a dozen loans from Mann Deshi and our monthly profit ranges between Rs 10,000 to Rs 11,000,” says Vanita, who dreams of growing her business further.